Babies from age 0 to 1 are sort of my jam. Since turning one, however, the brothers have entered a phase best described as ohmygodohmygodohmygod.

Toren operates a danger trap line. I run interference all morning while he confirms the bathroom doors as locked, sliding glass door blocked, kitchen cabinets latched, drawers taped, chairs down, and propane knob covers firmly closed. Only then does he resign himself to playing with toys. 

At 25-pounds, Toren is developing power and determination. He fills out size 2T baby clothes. He has not yet been able to pick up his 15-pounds heavier sister, but he tries.

Toren’s diaper changes have become exceedingly difficult. I get through it by imagining myself surrounded by gamblers who have placed bets on how long it will take me. I race the clock as he throws his wicked back arches. I imagine that circle of people beating their palms against the floor and counting seconds. One! Two! Three!…   Then an announcer calls out, That’s a record folks! She has diapered that baby in record time!  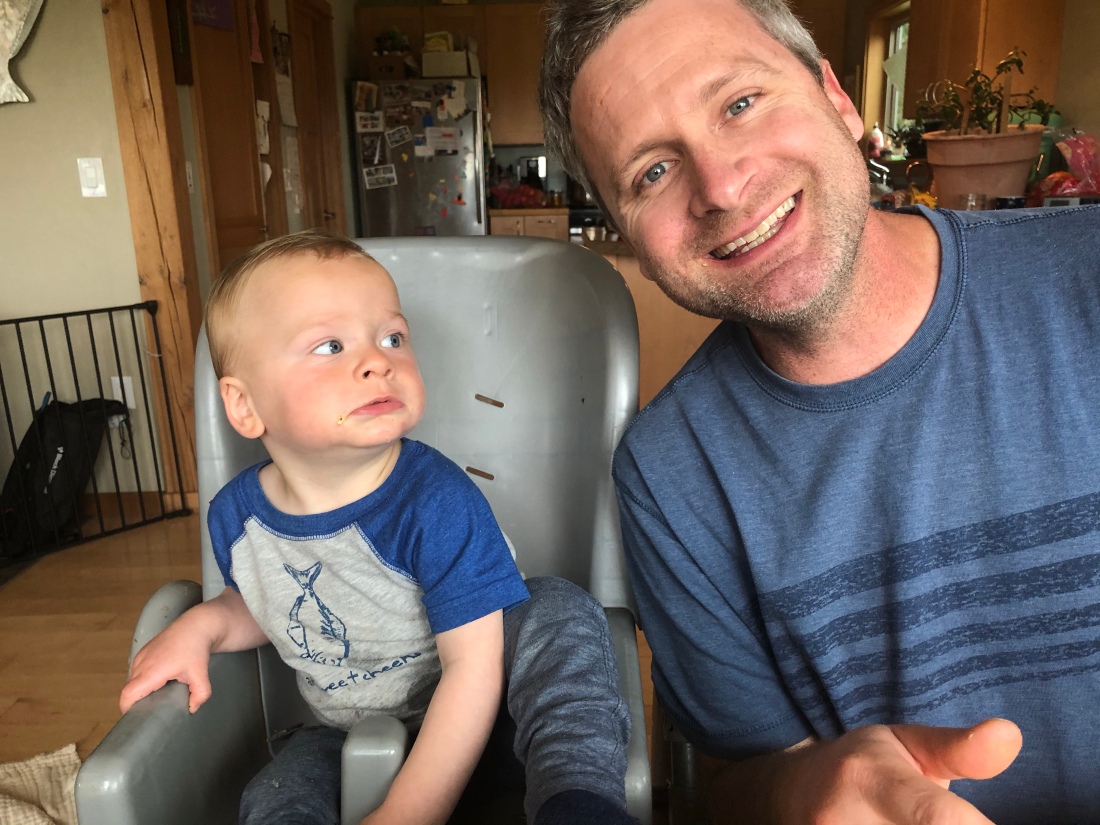 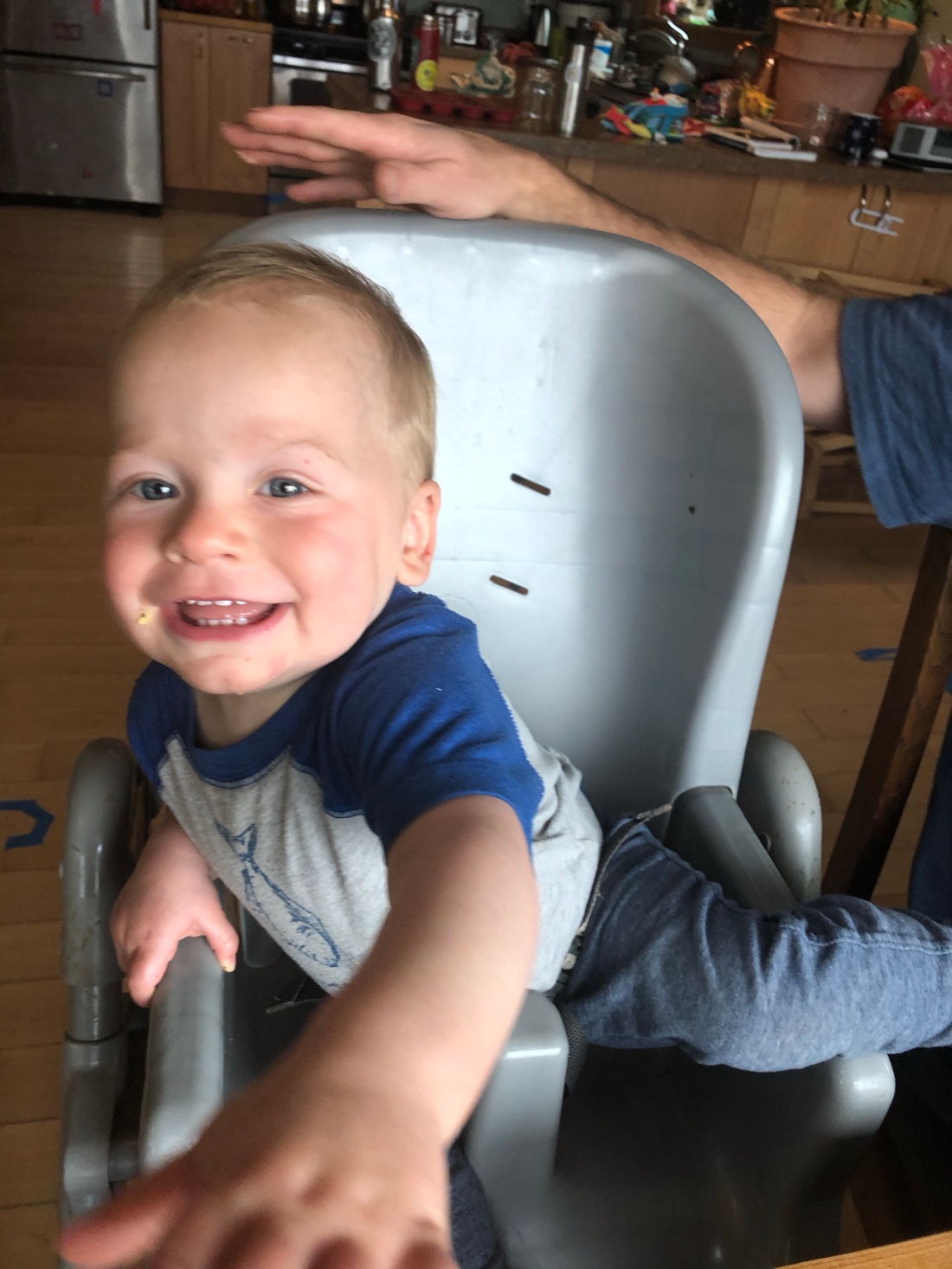 Eirik Skywalker, with all of his baby charms, is exploring. He needs a haircut but I’m not ready to make a man out of him. After a month of clinging to furniture and walls he has graduated to sequences of short, confident steps, moving with an arm out for balance like a dancer waiting to reunite with his partner. He still enjoys crawling; especially between platforms suspended several feet in the air.

Eirik is “the easy one,” though last night he woke up at 8 pm and stayed awake until 1 in the morning. Not crying, mind you, he was very cheerful about it. I was less cheerful. 

I tried not to recreate the night-time situation I had with Avery but this twin has wormed his way into my bed on a semi-permanent basis. He prefers to keep mama in arm’s reach while he sleeps. I did one thing right: Instead of boobs, he is attached to the end of my ponytail. If all else fails I will cut it off and give it to him. 

I got rid of most scaleable objects but I can’t solve our couch. The brothers climb up and slide over the arm to the floor over and over again. With time and practice they are falling off and bonking their heads less often (#secondbaby). When Eirik can’t make it, Toren boosts his little bottom.

I leave chairs and stools lying all over the floor like pick-up-sticks because when they’re upright Toren pushes and climbs them to the top of the stove where water is boiling. Yesterday Toren righted one of the kitchen chairs so we installed a baby gate to block him out of the kitchen. Today he solved that latch (just squeeze and lift) and resumed walking in and out of that space according to his nutty free will.

When your babies patrol for security weaknesses, every day is an adventure. I felt this way when Avery was one, and I wrote testing the wall. In that post, I compare her with the velociraptor in Jurassic Park who systematically throws herself against the perimeter fence. Except that she was 22-months old at that time; Toren is eight months younger. We are not surprised. 

Both babies love music. When you’ve got bammy little hands, everything looks like a drum. Toren has picked up the tune to “wheels on the bus” and tosses his head from side to side with joy as he sings along. He spins and spins in the space between the kitchen and dining table that we use as a dance floor; just like his big sister. 

Toren is quite the chatterbox. On days when we expect my husband to return, he dad-dad-dads all day. Yesterday M walked in and laid down on the wood floor to greet them. Toren tipped his special push-cart carefully on to its side as if showing off a new trick, arm-flapped over, and lay his head down on dad’s chest. He repeated this sequence over and over again.

Eirik is quieter except for his pleasant little shrieks of joy. When you tip him over he distinctly says, “upside down!” He also does some great broom brooom sounds when anything in the vicinity has wheels.

Eirik enjoys call-and-response games where you match the pitch of your voice to his and return a sound. This comes in handy because he is the child most likely to be missing in moments when I count, one… two… where is the third? I call, Coo-ee! Eiriky! and he returns our familial locating signal. I find him curled up with a good book or in the toilet. It’s either.

Both babies throw tantrums. When Eirik is mad his belly tightens and he kicks his little frog legs against my body like a swimmer doing the breast stroke.

Yesterday I brought Toren inside before he was ready and he threw himself down in the entry, arching his back and screaming. It was incredibly cute. I sat and waited until he was done, and then asked, “Do you want a hug?” Yes. He did .

Whenever Toren is sad or mad, ginormous tears spring into his eyes and roll down his soft little cheeks. Eirik often cries to me for comfort, validation, or support; but Toren goes inside to the space that hurts.

For all that he is sensitive, Toren has a lot of success in knocking over his 3-pounds smaller brother and taking his food and toys. I am beginning to see relationship dynamics among my kids; where I will have to teach my kids to be good to each other.

Mostly though, there is love and co-conspiracy. Eirik is waiting; ready for action. He crawls off with his head waving to-and-fro like a frolicking bear cub and climbs inside of the toy box. Toren runs alongside, flapping his arms, ready for takeoff. 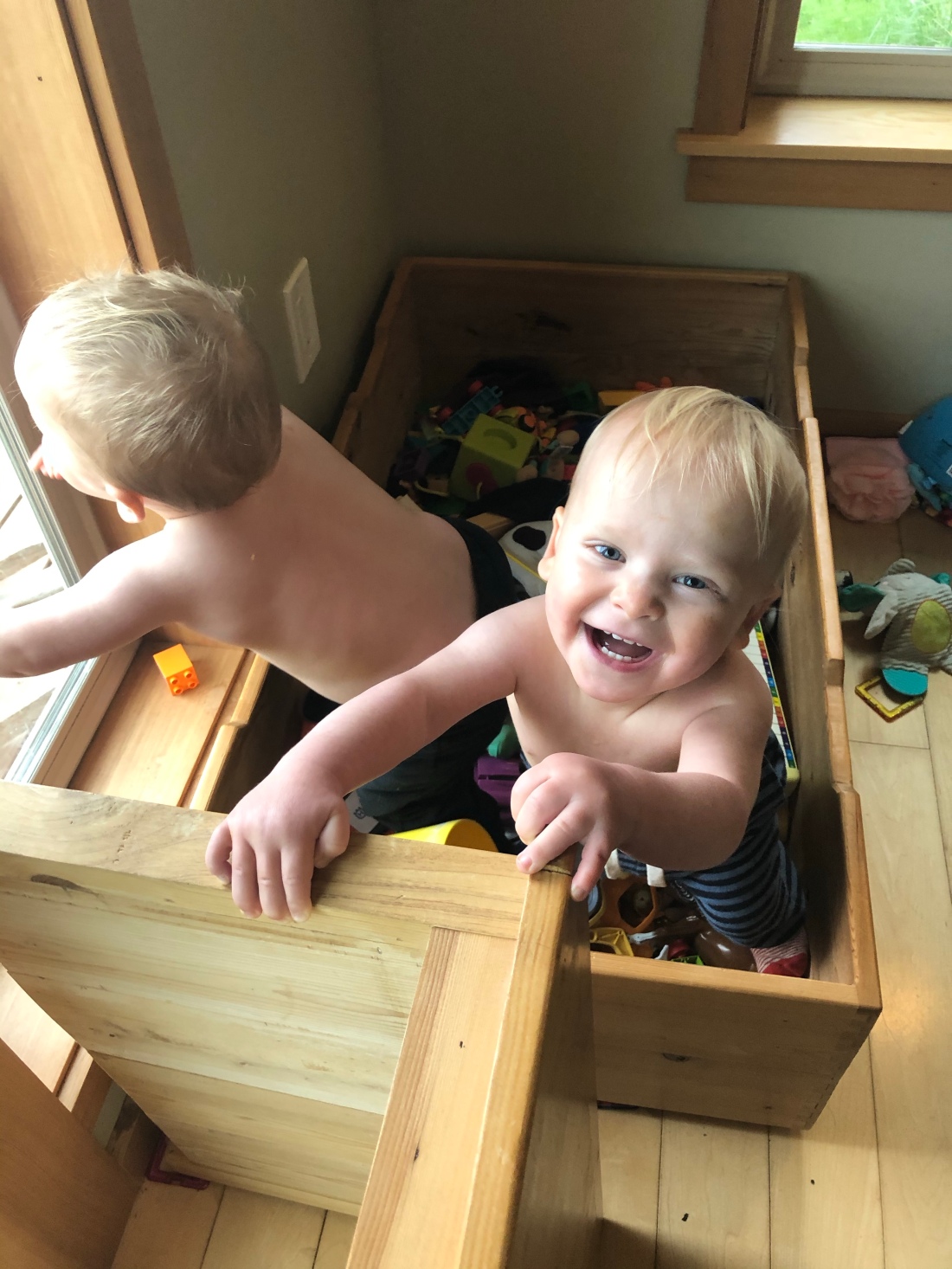 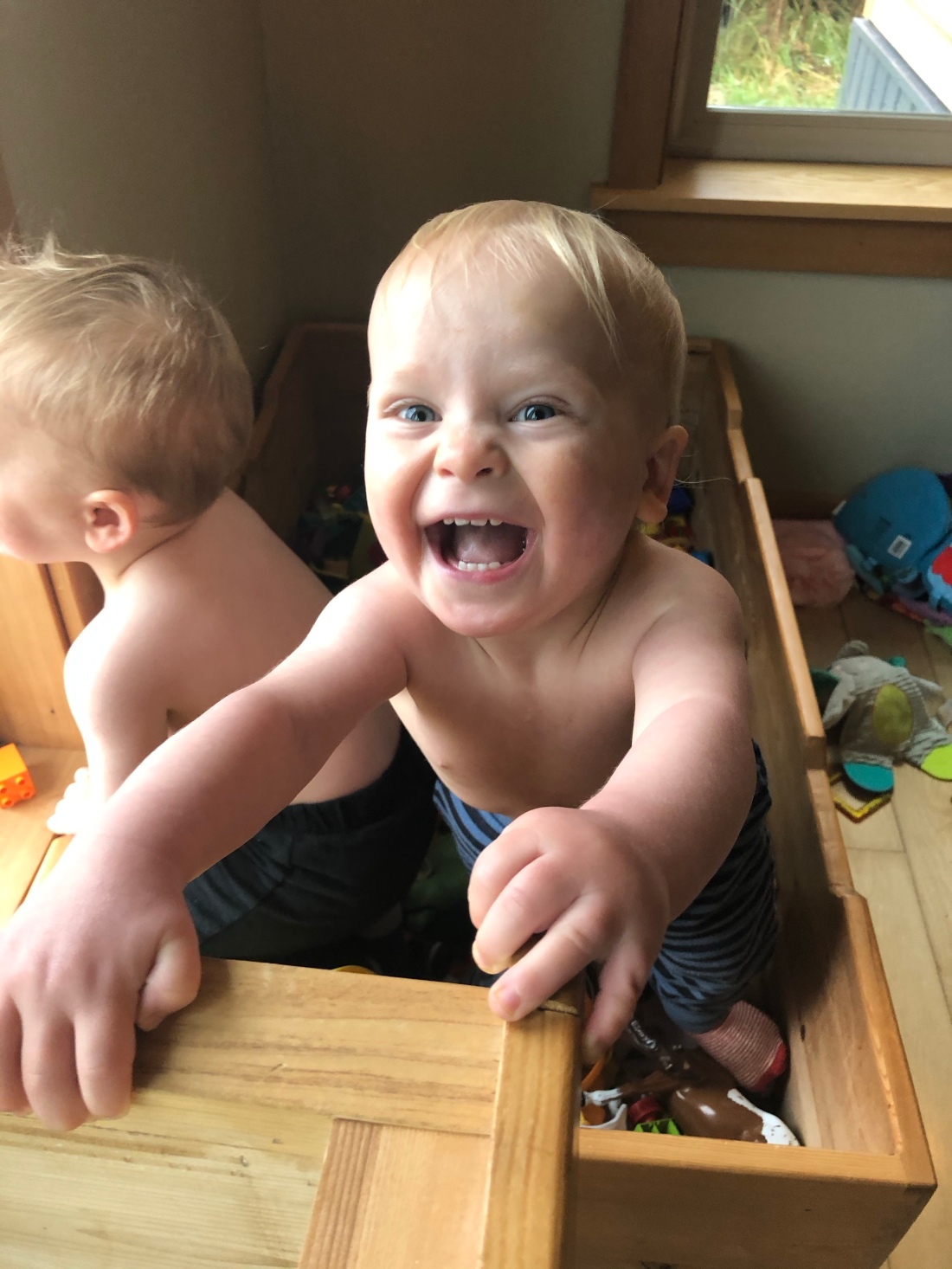